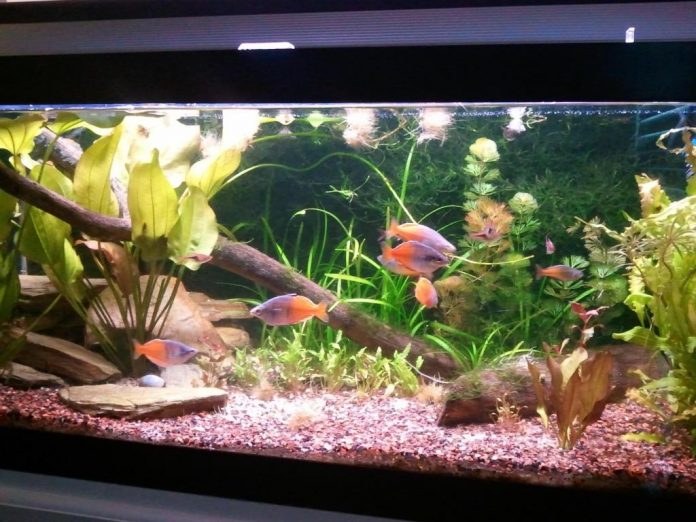 The dwarf rainbowfish (Melanotaenia praecox) is a species of fish in the Melanotaeniidae family, also commonly known as the neon rainbow. It is endemic to West Papua in Indonesia.

A pair of male dwarf neon rainbows in a home aquarium

The dwarf rainbowfish commonly occupies swift-moving tributaries that are offset to a main river, marshes, and swamps within the water vegetation, logs, and roots. The average length of this species is around 3.2 in or 8.0 cm, but when kept in an aquarium, this species is known to not grow as big as it would in the wild. M. praecox is considered to be an omnivorous species. Males tend to be brighter in color and have deeper bodies than the females. This species’ is considered to be an egg-scatterer, so it is easy to breed. Their bodies are bright blue and iridescent, and their fins are colorful. This species is active and is known to jump out of water. They can be found in groups of five or more typically. They are native to a tropical climate. This species is harmless to humans, and is used commercially for aquariums and commerce. They are known to be found in freshwater environments within a benthopelagic range.